Whether it’s a big night out, a special occasion or your natural lashes just need a little boost, false lashes are most stylista’s favourite product for creating show-stopping beauty. But from glueing eyelids together to facing the dreaded mid-evening detachment, we’ve heard so many falsie horror stories that we decided to put together this foolproof guide to perfect lashpplication (that’s lash application to you).

First things first you’ll want to decide what sort of false lash you’re after. Strip lashes are the most common choice for nights out and one-off occasions because of the dramatic effect they have on your peepers. Individual Lashes, on the other hand, provide a much more understated effect and are the go-to choice for anyone who’d like to give their natural lashes a little boost on a daily basis.

Then you’ll need to consider preparation. Individual lashes should be good to go but strip lashes often need to be measured and trimmed to fit your unique eye shape. The easiest way to do this is to hold up the strip to your eye, lining up the beginning of the line with the innermost corner of your eye. Then simply trim any extra length left at the other end.

Now it’s time to get gluing! If you’re not the most steady-handed person and often find that this stage leaves you with a falsie doused in glue, there are some nifty tricks to try depending on what sort of lash you’re applying. Strip lash adhesive shouldn’t be applied directly to the lashes from the bottle as this can get messy; instead, apply glue to the end of a cuticle stick first then swipe this along the line of the strip. Individual lash glue can also be really tricky to apply. Try putting a few drops on foil or plastic (so the glue won’t get absorbed) then grasp the top of the lashes with tweezers and dip the base in the glue instead. Whichever style you choose, the glue should always then be left to air dry for a few seconds so it’s just tacky enough to be applied without moving around too much.

Okay, deep breaths, it’s application time. With strip lashes this should be fairly straightforward, simply line up each end of the strip with the corners of your eyes and the rest should fall into place. If you’re finding it tricky, bear in mind that you want the line of the strip to adhere to the waterline of your lashes – not to your lids. If you’ve gone for individuals, choosing where to place each one can be a bit more complicated. As a rule, we stick to placing individual lashes on the outer corners of our eyes for the most natural results.

If you notice any gaps between your natural lash line and your falsies, don’t panic. Instead of tearing off the lashes and starting again, just fill in the gaps with black eyeliner and watch them magically disappear. Finish off with a sweep of mascara to blend the fake lashes into your natural ones and there you have it: perfectly flutter-ready lashes in four easy steps. 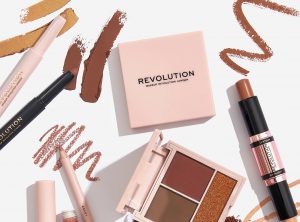 Proudly presenting a range of over 10,000 products from 300+ iconic brands